It can be seen in the preceding animations that:

These factors are important in selecting the optimum target to monitor the turn or conversely, form part of the positioning criteria for navigaton markers.

The reference point used should:

This discussion assumes the vessel closely follows the initial planned track, which is usually the case when navigating in confined waters. Subject to the reference point used, there may be considerable tolerance for cross track error on the initial track. Should that not be the case, a composite method can be employed. With a “wheel over” line (parallel to the next track) and the desired radius to come round to the next track, the VRM centre is offset at the desired radius, when the wheel over line is reached, the VRM is adjusted out to the reference point. The turn is then executed as discussed. 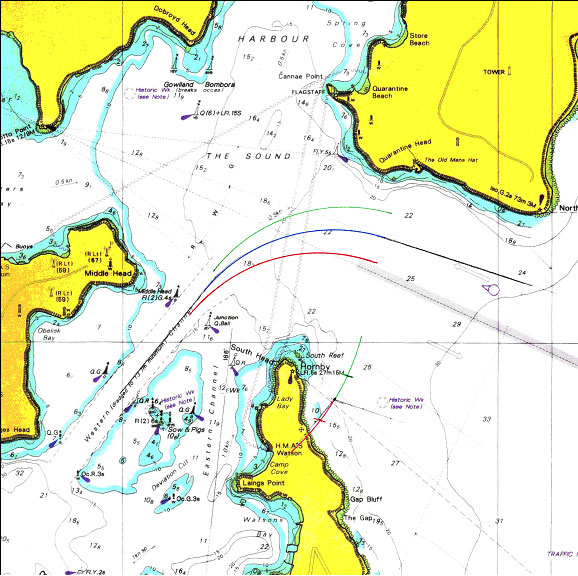 Figure 1 – Middle Head being used as the reference point

This demonstrates the benefit of selecting a reference point that will be abeam at the start of the next track. Similar tolerance to cross track error could be achieved by selecting a smaller radius and the more distant headland. (see figure 2) 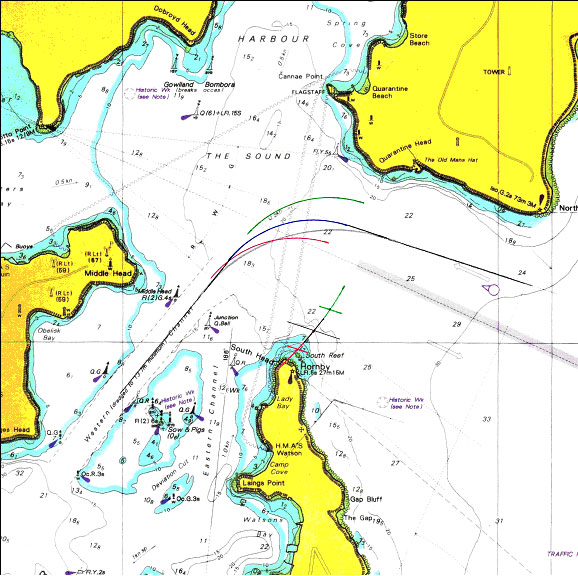 In the example used in this paper, the radius and reference point distance were selected as they provide another reference point equidistant from the turn centre, (Quarantine Head). (see figure 3) This provides for detection of any departure from the planned turn with the additional benefit of one reference point increasing in sensitivity whilst the sensitivity of the other decreases. 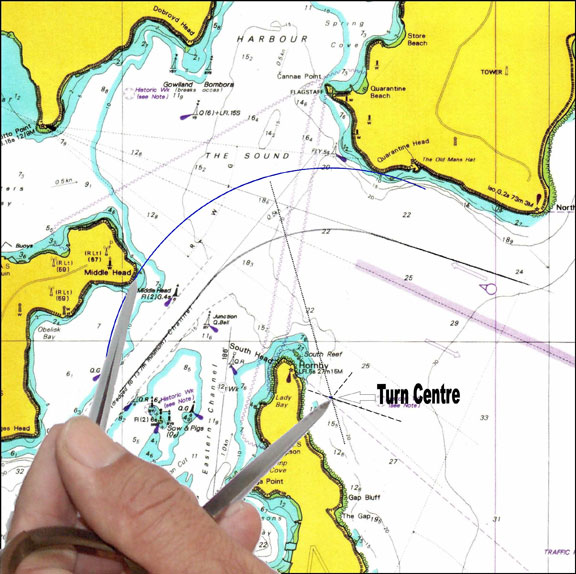